"Caving" Under The Pressure: Israeli Policies In EJ & The Prospects Of Peace

"Caving" Under The Pressure: Israeli Policies In EJ & The Prospects Of Peace 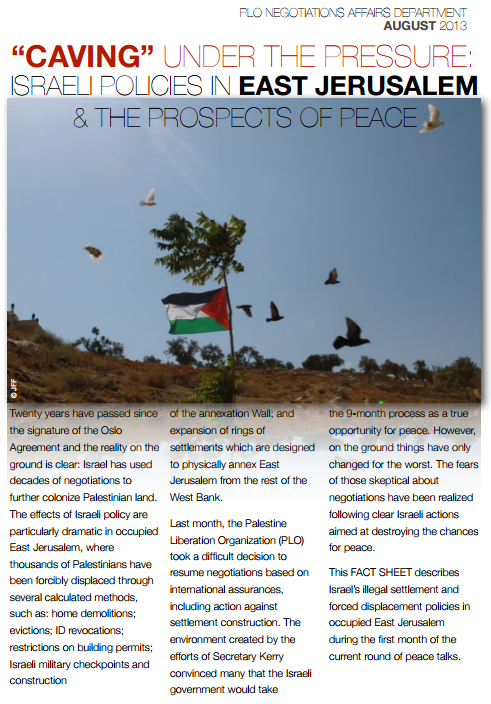 Twenty years have passed since the signature of the Oslo Agreement and the reality on the ground is clear: Israel has used decades of negotiations to further colonize Palestinian land. The effects of Israeli policy are particularly dramatic in occupied East Jerusalem, where thousands of Palestinians have been forcibly displaced through several calculated methods, such as: home demolitions; evictions; ID revocations; restrictions on building permits; Israeli military checkpoints and construction of the annexation Wall; and expansion of rings of settlements which are designed to physically annex East Jerusalem from the rest of the West Bank.