East Jerusalem Today - Palestine’s Capital: The 1967 border in Jerusalem and Israel’s illegal policies on the ground 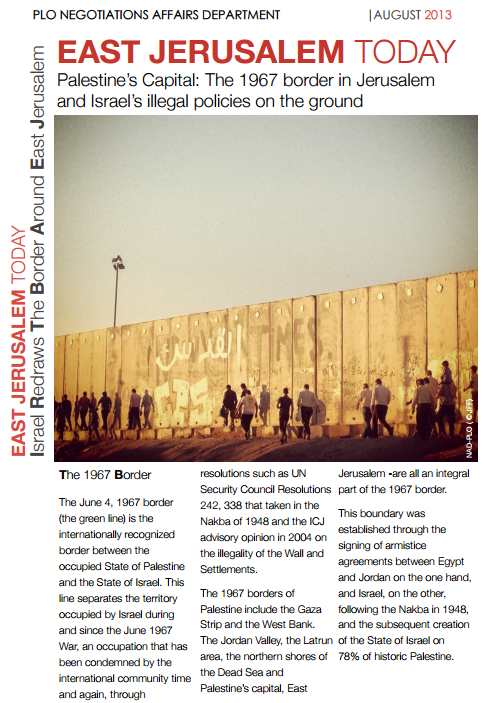 The June 4, 1967 border (the green line) is the internationally recognized border between the occupied State of Palestine and the State of Israel. This line separates the territory occupied by Israel during and since the June 1967 War, an occupation that has been condemned by the international community time and again, through resolutions such as UN Security Council Resolutions 242, 338 that taken in the Nakba of 1948 and the ICJ advisory opinion in 2004 on the illegality of the Wall and Settlements.