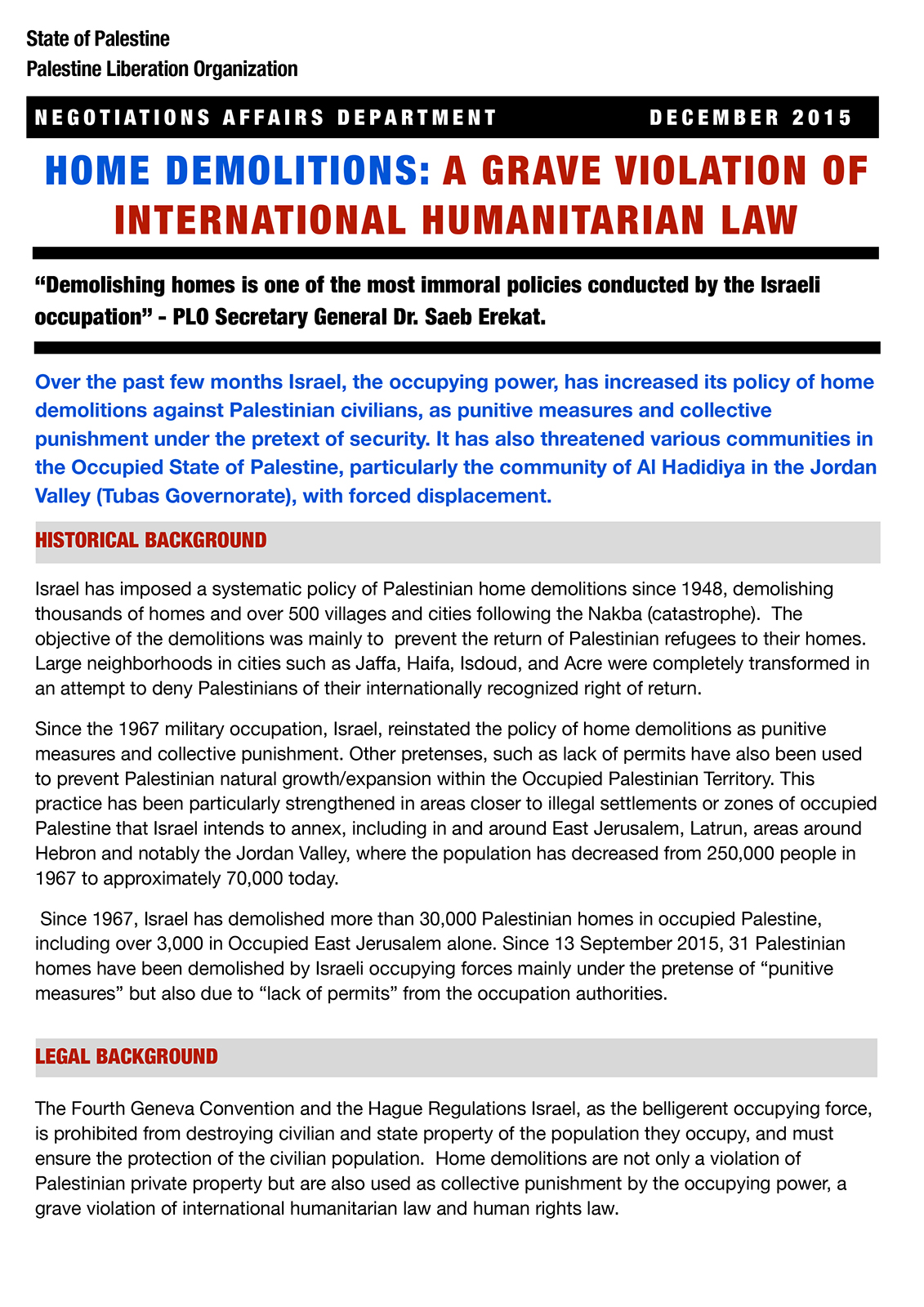 Over the past few months Israel, the occupying power, has increased its policy of home demolitions against Palestinian civilians, as punitive measures and collective punishment under the pretext of security. It has also threatened various communities in the Occupied State of Palestine, particularly the community of Al Hadidiya in the Jordan Valley (Tubas Governorate), with forced displacement.