The Israeli Government’s Unbreakable Commitment to the Israeli Settlement Enterprise

The Israeli Government’s Unbreakable Commitment to the Israeli Settlement Enterprise 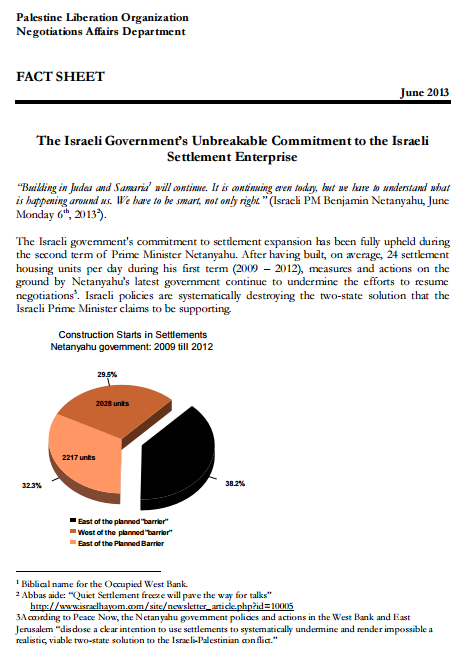 The Israeli government's commitment to settlement expansion has been fully upheld during the second term of Prime Minister Netanyahu. After having built, on average, 24 settlement housing units per day during his first term (2009 – 2012), measures and actions on the ground by Netanyahu’s latest government continue to undermine the efforts to resume negotiations. Israeli policies are systematically destroying the two-state solution that the Israeli Prime Minister claims to be supporting.