While Israel is Talking About Peace…

While Israel is Talking About Peace… 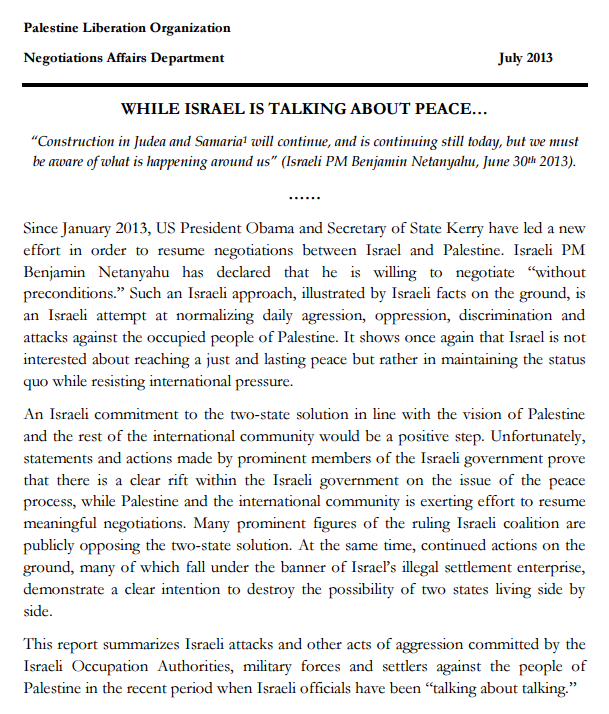 Since January 2013, US President Obama and Secretary of State Kerry have led a new effort in order to resume negotiations between Israel and Palestine. Israeli PM Benjamin Netanyahu has declared that he is willing to negotiate “without preconditions.” Such an Israeli approach, illustrated by Israeli facts on the ground, is an Israeli attempt at normalizing daily agression, oppression, discrimination and attacks against the occupied people of Palestine. It shows once again that Israel is not interested about reaching a just and lasting peace but rather in maintaining the status quo while resisting international pressure.