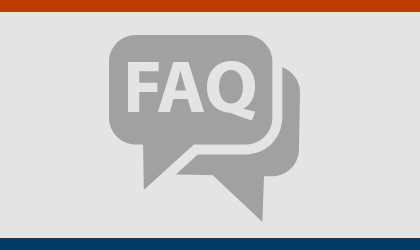 1. What is the Arab Peace Initiative?

The API calls for comprehensive peace and full normal relations between Israel and all 22 Arab states in return for Israel’s withdrawal from all the Arab territories it occupied in the June 1967 war, a just and agreed upon solution to the Palestinian refugee question and the establishment of an independent, sovereign Palestinian state with East Jerusalem as its capital.  As such, the API represents a historic opportunity and a fresh basis for movement in the peace process.

The API was later adopted by the Organization of the Islamic Conference (O.I.C) in its meeting in Kuala Lumpur, Malaysia in April 2002. The O.I.C is an intra-governmental organization composed of the 57 states that comprise the Muslim world.

2. Is the API different than the Saudi peace initiative?

There is no difference between the “Saudi Initiative” and the API.  It is a myth that was propagated even before the API was announced in 2002.  The two are one and the same.

3. What is the significance of the API?

The API proposes a comprehensive peace based on international legitimacy and consensus between Israel and its Arab and Muslim neighbors. The proposal shows the Arab states’ collective commitment to offer Israel full, normal economic and political ties with the Arab and Muslim world in exchange for a peaceful end to the 60-year-old conflict.

4. What does Israelgain from the API?

The API provides Israel with a historic opportunity to end its diplomatic and economic isolation and enhance its security on all fronts by concluding a comprehensive peace with all its neighbors and ending the conflict on all levels, in exchange for normalization and recognition of Israel by all 22 Arab states.  Whereas only four Arab/Muslim countries (Egypt, Jordan, Mauritania and Turkey) currently have full diplomatic relations with Israel, accepting the API will enable Israel to have diplomatic and economic relations with all 22 Arab states, as well as a total of 57 Muslim countries.

The initiative also envisages the provision of regional security for all states in the region including Israel.  Israel’s security would be guaranteed through one collective peace agreement with full security provisions by all Arab states, which has always been a key Israeli demand.  Accordingly, peace negotiations on the basis of the API would greatly enhance Israeli security on all fronts by tackling, once and for all, the root causes of the conflict (namely the Israeli military occupation of the Arab lands and the refugee issue) in a comprehensive and final manner.

In addition to enhancing Israeli security, the API’s offer of full normalization significantly increases economic opportunities for all parties by: opening regional markets to Israel; creating synergies between the economies of Israel and neighboring Arab states; strengthening tourism in Israel and neighboring states; and ending Israel’s economic isolation by opening up opportunities in the broader Muslim world and other countries.

No. Both Saudi and Arab League officials have made it clear that the initiative is not a take-it-or-leave-it proposition, but rather a basis for all sides to reach a negotiated settlement. For example, the API’s call for full Israeli withdrawal to the 1967 line reinforces the principle that any viable Palestinian state must be based on the 1967 borders.  This principle has formed the basis of all previous negotiations and is consistent with US President George W. Bush’s May 2005 declaration that “changes to the 1949 Armistice lines must be mutually agreed”.  However, this does not preclude the possibility of minor, reciprocal and equal border modifications agreed upon between the parties.

6. How serious are the Arabs about the API?

The Arab states demonstrated their seriousness shortly after the Riyadh Summit in April 2007 when Arab foreign ministers convened in Cairo to devise a plan for “operationalizing” the API.  The plan included creating two “work teams” to engage with Israel and conduct outreach with the broader international community.  The Arab Contact Group, consisting of Jordan and Egypt, made a formal visit to Israel on July 25th, while the Arab League’s Follow-Up Committee, consisting of Jordan, Saudi Arabia, Syria, Palestine, Qatar, Lebanon, Egypt and Morocco, along with the Arab League Secretary General, are among those who have been invited to the Annapolis Conference in November 2007.

7. Does the API contradict the Roadmap?

No. The API is consistent with and builds upon the Roadmap and President Bush’s vision of a viable and contiguous Palestinian state living side by side with Israel in peace and security and of an end to the Israeli occupation that began in 1967.

8. Is this plan supported by the international community?

Yes.  The reaffirmation of the API was welcomed by most of the international community, including the United States, the European Union, Russia and UN Secretary General Ban Ki Moon. Only Israel flatly refuses to engage on the basis of the API.  Moreover, the API became the basis of several international resolutions and proposals to end the Arab Israeli conflict. For example, the API, together with the relevant United Nations resolutions, constitutes a key component of the Roadmap and provides a framework for peace – a peace that is acceptable to all peoples of the region.

9. What has Israel’s response been to the API?

Israel’s official response to the API was issued shortly after its release at the Beirut Summit in 2002 when then Israeli Prime Minister Ariel Sharon's government formally rejected the initiative in its 23 May 2003 "Response to the Road Map."  Among other things, Sharon demanded the removal of all references to "the Arab Initiative adopted in Beirut" from the final text of the Roadmap.

Following the reaffirmation of the API earlier this year, Israeli Prime Minister Ehud Olmert expressed his interest in some of the "positive aspects" of the initiative, but continues to reject the outlines of the solutions suggested in the initiative, particularly its call for achieving a “just resolution to the refugee problem to be agreed upon in accordance UN GA Resolution 194”. Despite continuous Palestinian and Arab calls on Israel to seriously consider the Arabs’ comprehensive peace offer, Israel continues to avoid any serious discussion on the API as a basis for regional peace.

10. But didn’t Israel already offer to withdraw from most Palestinian territory at Camp David in 2000, and Palestinians rejected the offer?

11. Doesn’t the API call for Israel’s destruction via the right of return?

No. The API calls for a “just resolution to the refugee problem to be agreed upon in accordance UN GA Resolution 194”.  UN General Assembly Resolution 194, which has been reaffirmed by the UN GA every year since its adoption, remains the international consensus for resolving the Palestinian refugee question. The API ensures that through a process of negotiation, Israel’s concerns will be taken into account in deciding how the resolution will be implemented. The API also realistically takes account of the fact that a comprehensive resolution to the refugee question cannot be achieved without the backing of several Arab states, most notably those hosting large numbers of Palestinian refugees including Lebanon, Syria and Jordan.  The initiative provides a framework for an “agreed upon” solution to the refugee problem with all relevant parties, including Israel.