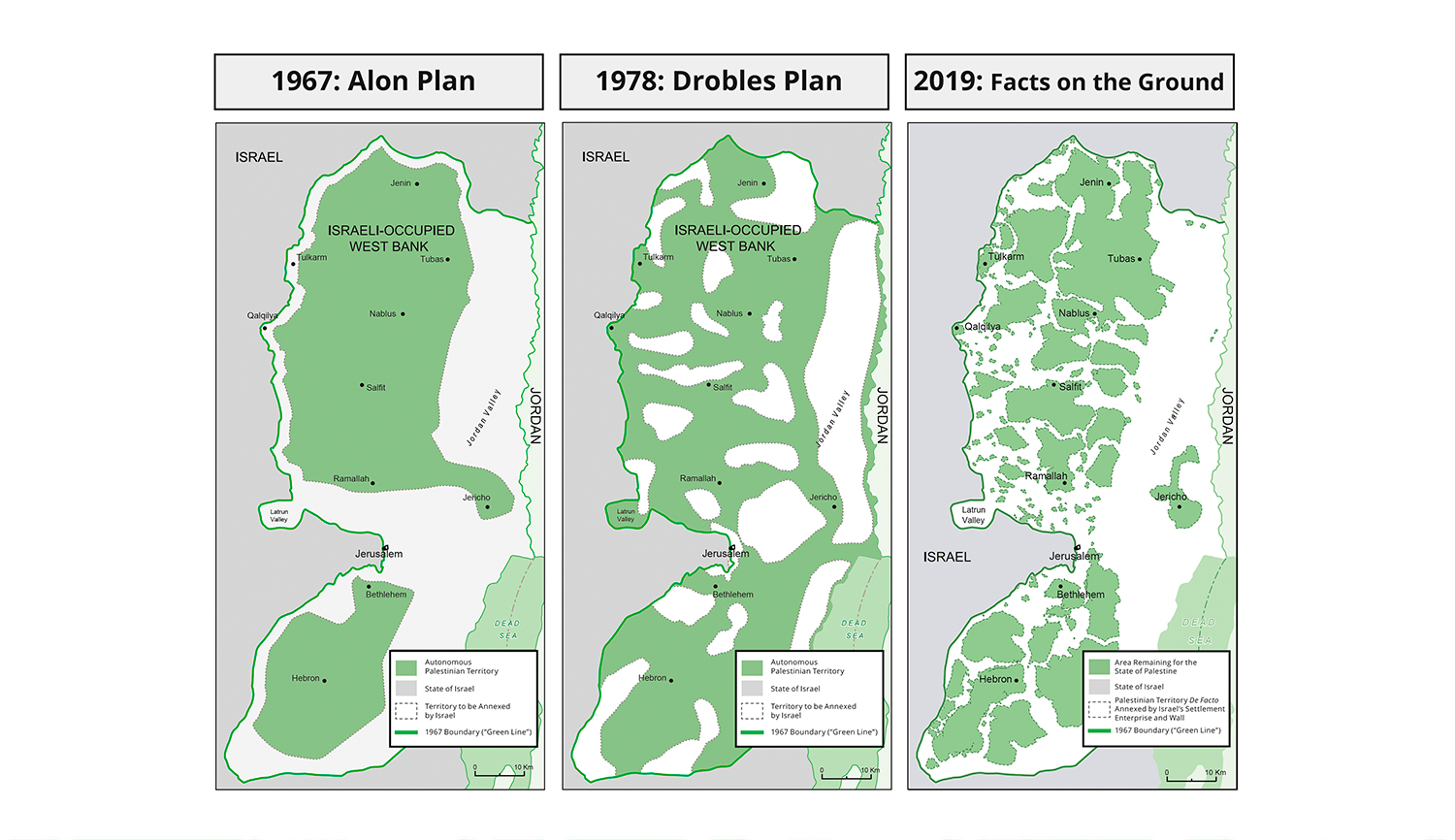 Since the beginning of the occupation, Israel has sought to settle and exploit Palestinian territory, and created plans which ultimately formed the blueprint for its illegal colonial settlement enterprise as it exists today. The Allon Plan of 1967 represents the first of these plans aimed at effectively redrawing the borders of the State of Israel to include the Jordan Valley and connect the Jordan Valley to Israel through an east-west corridor including Jerusalem. While never formally adopted, the plan served as Israel’s loose masterplan for the occupied West Bank and the settlement enterprise. The Drobles Plan of 1978 followed as a comprehensive plan for the settlement enterprise, including increased settlement expansion in the interior areas of the occupied West Bank.