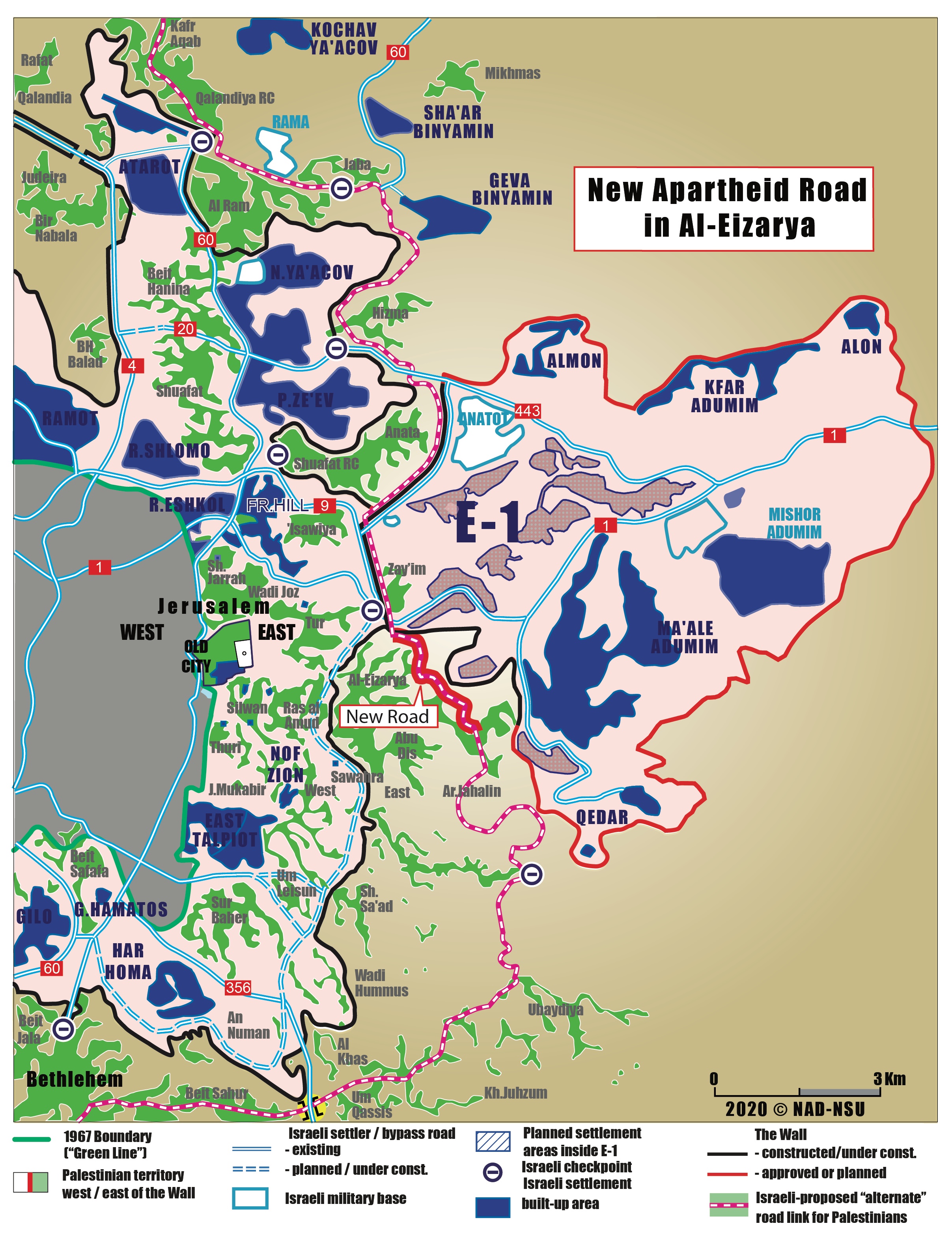 Israel's approval of a new Palestinian-only road on the eastern gateway to Jerusalem advances the E1 colonial plan and the further expansion of Ma'alee Adumim settlements towards severing the territorial contiguity of the State of Palestine.

This road will connect with the existing "apartheid" road between the Palestinian villages of Anata and Za'ayyem that was built and opened by Israel in early 2019. It will ultimately prevent Palestinian access from the southern part of the West Bank towards Jericho and the Jordan Valley to the east.

Occupied East Jerusalem is one critical area for Palestinian natural growth and economic development. Israel's entire colonial project on the eastern gateway to Jerusalem will severely impact Palestinian aspirations for a socio-economically viable capital in Jerusalem.