A Culture of Hate: Settler Violence and Israeli incitement

A Culture of Hate: Settler Violence and Israeli incitement 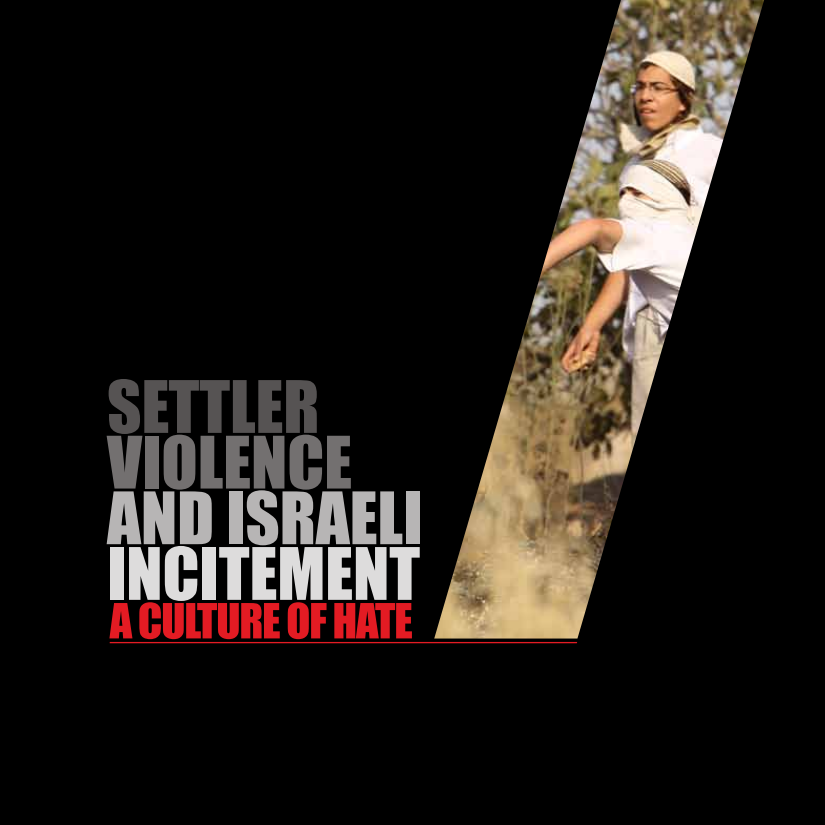 Israeli settler violence against Palestinian civilians in the Occupied Palestinian Territory, including East Jerusalem (OPT) is part of the grim daily life under occupation for Palestinians; a reality that has continued for forty-five years. In recent years, however, these terrorist attacks have increased dramatically, producing a situation of constant fear and insecurity among Palestinians.

In 2011, settler violence, that is to say attacks by Israelis living illegally in the OPT including East Jerusalem against Palestinian communities, rose by 39% from the previous year. Since 2007, incidents of settler violence have risen by a staggering 315%.

This upward trend in terrorism forms part of a wider culture of discrimination and hate, which is cultivated, mainly, by the actions of the Israeli government in endorsing discrimination, and its creation of a culture of impunity among settlers brought on by its systematic inaction and failure to hold perpetrators of anti-Palestinian hate crimes accountable. Meanwhile, Israeli occupation forces, who have a duty to protect Palestinians under the 1949 Fourth Geneva Convention Relevant to the Protection of Civilians in Times of War (Fourth Geneva Convention), are also widely known to be complicit in settler attacks, most often through deliberate unwillingness to suppress acts of terrorism against Palestinian civilians, property, and places of worship as well as their failure to see that settlers are tried and punished for their crimes. Most worrying is the government funding provided to openly racist settlers known for inciting against Palestinians in the form of salaries and other government spending.