Forty Five Years of Israeli Occupation - What is Left of the Two-State Solution?

Forty Five Years of Israeli Occupation - What is Left of the Two-State Solution? 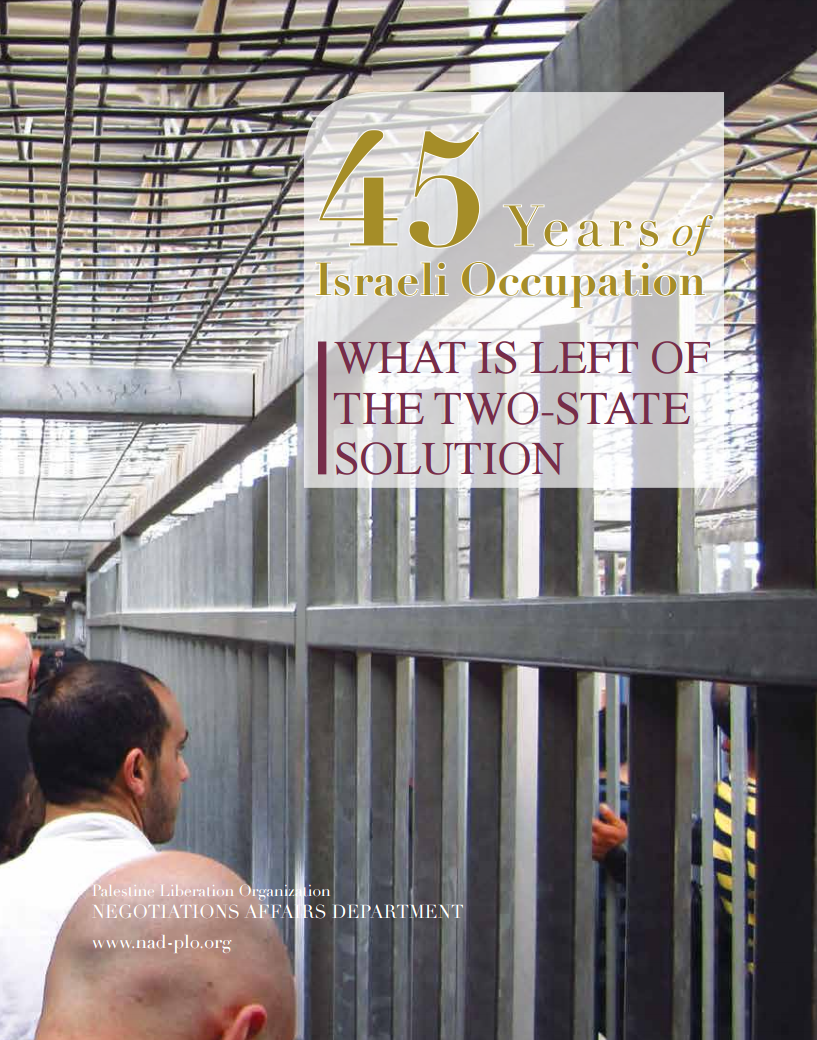 Publications
October 03, 2012
What is left of the two-state solution

In June 1967, Israel occupied the Palestinian Territory, composed of the West Bank, including East Jerusalem and the Gaza Strip, in addition to the Syrian Golan Heights and the Egyptian Sinai Peninsula. The 1967 border, also known as the “1949 Armistice Demarcation Lines”, is the internationally-recognized border between Israel and the Occupied Palestinian Territory (OPT).

Shortly after its occupation of the Palestinian Territory in 1967, Israel unilaterally and illegally expanded the municipal borders of Jerusalem, enlarging occupied East Jerusalem ten-fold. The new borders were drawn to incorporate Palestinian agricultural lands from other districts, such as Ramallah and Bethlehem, while excluding main population centers. In 1980, Israel extended its Basic Law to the occupied city, thus entrenching the illegal annexation. The international community considers Israel’s annexation of occupied East Jerusalem “null and void” in accordance with UN Security Council resolution 478 among others.

Forty-five years after the beginning of Israel’s occupation, Palestinians find themselves with diminishing territorial horizons and a deadlocked political track. Israel’s policies of settlement expansion, cutting off East Jerusalem from the rest of the West Bank, home demolition, displacement and land confiscation, among other illegal measures, now threaten the viability of the two-state solution.

Already, nearly half of the occupied West Bank has been de facto annexed or expropriated by Israel through the construction of the illegal settlements and the Wall, and their associated infrastructure. Meanwhile, the remainder of the OPT is fragmented into isolated and disconnected cities, towns, villages and refugee camps.

To View the Report please view the following link: What is left of the two-state solution.