The Holy See and Palestine

The Holy See and Palestine 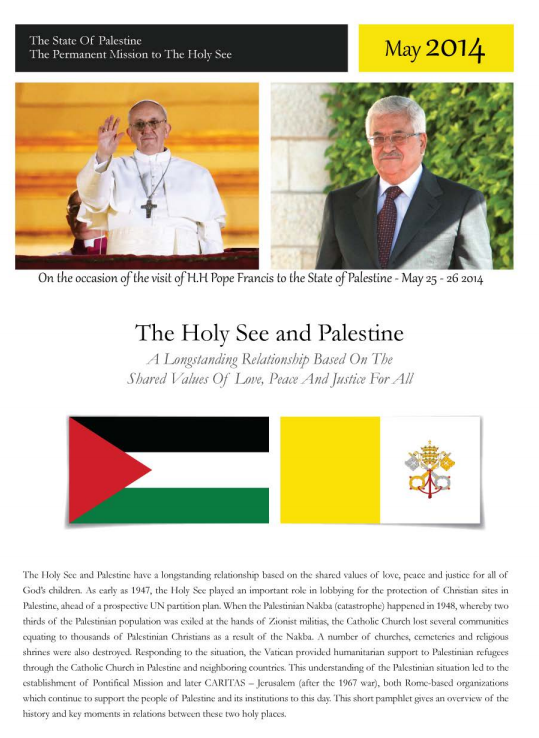 The Holy See and Palestine have a longstanding relationship based on the shared values of love, peace and justice for all of God’s children. As early as 1947, the Holy See played an important role in lobbying for the protection of Christian sites in Palestine, ahead of a prospective UN partition plan. When the Palestinian Nakba catastrophe) happened in 1948, whereby two thirds of the Palestinian population was exiled at the hands of Zionist militias, the Catholic Church lost several communities equating to thousands of Palestinian Christians as a result of the Nakba. A number of churches, cemeteries and religious shrines were also destroyed.
Responding to the situation, the Vatican provided humanitarian support to Palestinian refugees through the Catholic Church in Palestine and neighboring countries. This understanding of the Palestinian situation led to the establishment of the Pontifical Mission and later CARITAS – Jerusalem (after the 1967 war), both Rome-based organizations which continue to support the people of Palestine and its institutions to this day. This short pamphlet gives an overview of the history and key moments in relations between these two holy places.

Occupied Bethlehem: The Floating Island
December 09, 2015
Factsheets
Itinerary of Pope Francis
May 21, 2014
Infographics
Back to top