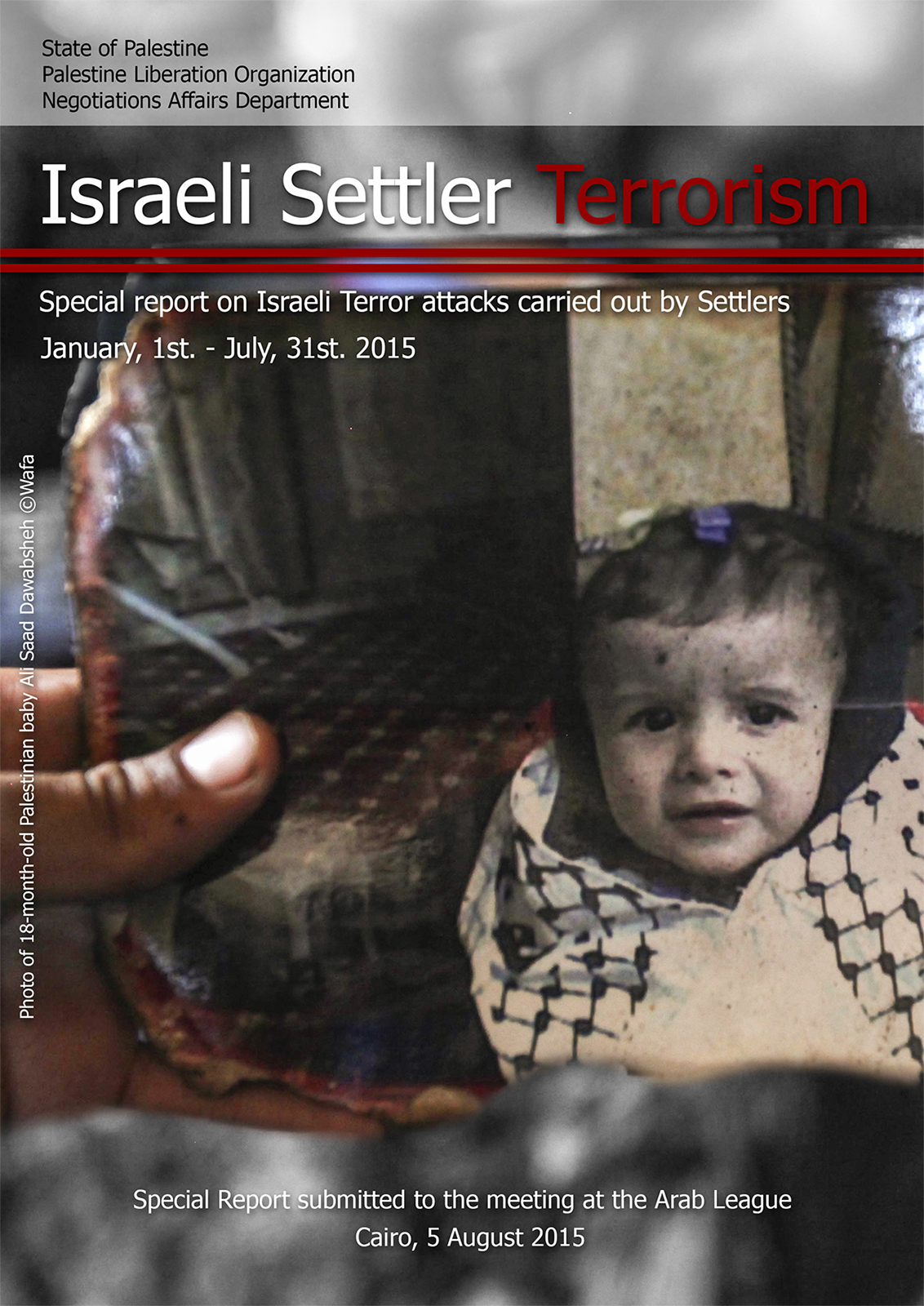 Since 2004, Israeli settlers have carried out more than 11,000 attacks against Palestinians in the occupied West Bank. The settlers attack Palestinian civilians, homes, churches and mosques, uproot and burn down trees, and even poison water reservoirs. Each and every settler that has committed such dreadful crimes has enjoyed the protection of nominal or no prosecution despite blatant proof evidencing their commission of the crime.

“This is not simply the case of isolated incidents of settler terrorism, it is done under the protection and support of the Israeli Occupation Forces and the Israeli government.  Since January 2015, the Israeli military has perpetrated thousands of attacks against defenseless Palestinian civilians, including over 3,000 raids on Palestinian cities and villages, resulting in the murder of 27 and injuring more than 600 people. Among the killings were two Palestinian youths in a span of 24 hours, 17-year-old Laith Fadel Al Khaldi from Ramallah and 16-year-old Mohammad Hamed Masri from Gaza.”