NAKBA - The Untold Story of a Cultural Catastrophe

NAKBA - The Untold Story of a Cultural Catastrophe 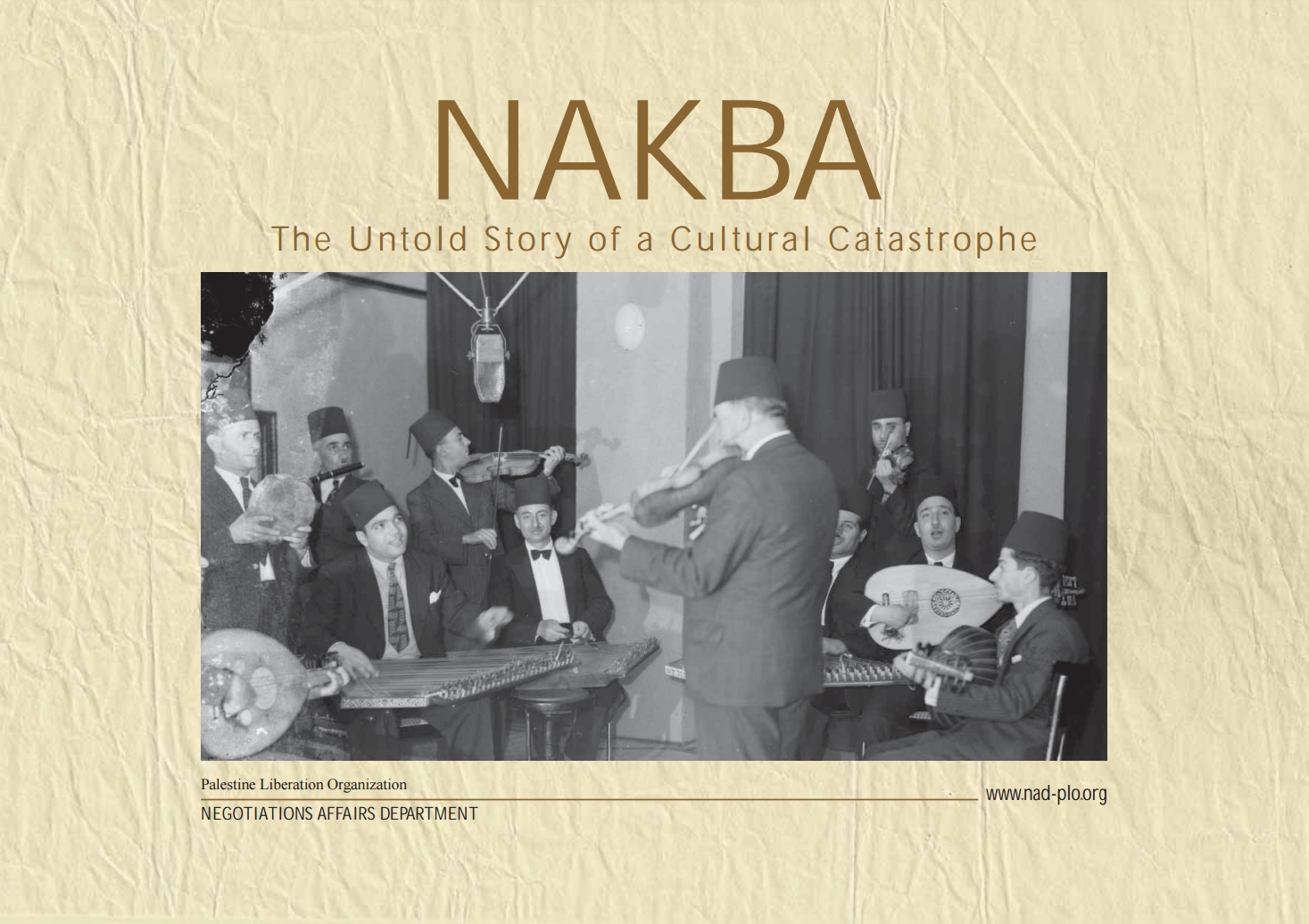 Publications
May 14, 2012
Nakba – The Untold Story of a Cultural Catastrophe

This document is a snapshot of Palestine before the Nakba. It is by no means comprehensive. Its aim is to provide a window into the Palestinian cultural achievements before 1948 and the devastating effects of this cultural Nakba on the Palestinians, a people whose sheer resilience has preserved a threatened heritage and collective memory. With perseverance and creativity, Palestinians have rebuilt, time and again, their institutions and reconstructed their cultural life, overcoming repeated setbacks and assaults. In short, Nakba is an on-going story of survival.

Nakba, for Palestine, is about the loss of potential on a mass scale. It is about reducing a vibrant and highly accomplished culture into one filled with bitter-sweet memories consumed by the national cause of return and justice. Entire villages were destroyed, then rebuilt and renamed; books, music collections and works of art were left behind as people ran for their lives, expecting to return a few weeks later; sports clubs and social organizations disappeared with the communities of which they were a part. It was a systematic campaign of death, destruction, and cultural obliteration, carried out against a nation whose vibrant culture was forcibly stunted.

For more information about the cultural aspect of Nakba, please view our new publication: Nakba – The Untold Story of a Cultural Catastrophe.