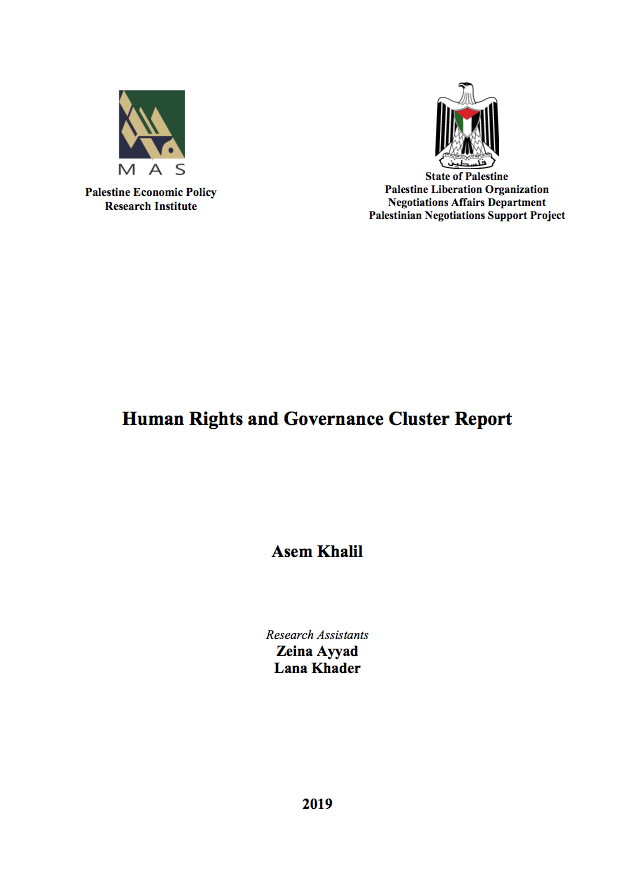 Since its occupation in 1967, Israel subjected East Jerusalem to a different legal regime from that of the rest of the territory occupied in 1967 and started a process of de facto annexation of East Jerusalem. In July 2004, the International Court of Justice (ICJ) Advisory Opinion on the Wall confirmed the status of East Jerusalem as occupied territory. The UN General Assembly resolution in 2012, which referred to Palestine as a non-member ‘state’, did not change the status of the territories occupied in 1967.

While emphasizing on the status of East Jerusalem as occupied territory remains crucial for the protection of the rights of East Jerusalemites, the report emphasized that it is misleading to discuss Israel’s obligations under IHL or IHRL, while ignoring the fact that Israeli presence in East Jerusalem is itself illegal under the law of occupation, since it lacks the necessary elements of a lawful occupation under international law.

The objective of the “Human Rights and Governance Cluster” Report (hereafter the report) is to provide an updated Jerusalem human rights and governance cluster report to furnish the ground for delineating concrete policies and feasible interventions to overcome the challenges and shortcomings which the sector faces.