Destruction of homes and forced displacement of Palestinians has been a systematic Israeli policy since 1948 including: the destruction of hundreds of Palestinian villages in 1948 and the campaign of demolitions implemented right after the Occupation of 1967 (mainly in Jerusalem’s Old City and the Latrun Area), where thousands of Palestinians have been forcibly displaced as a result of the demolition of their homes. Since 1967, it is estimated that a total number of over 48,000 Palestinian structures have been demolished by the Israeli occupation, including among them around 24,000 homes3.

Simultaneously, while Palestinian homes are demolished, Israel, the occupying power, continues to build illegal settlements in occupied land in its attempt to annex and change the status quo of the occupied territory of Palestine. Currently there are over 600,000 settlers living in illegal Israeli settlements within the Occupied State of Palestine.

The Village of Qalandia

Located in the governorate of Jerusalem and south of Ramallah, the village of Qalandiya has a total area of 3,928 dunums,4 with 1,352 left on the western side of Israel’s Annexation Wall. Part of the village lies on what is known as “Area B”, “Area C” and other parts are under the Israeli defined “Jerusalem Municipality.” The village has become a symbol of the impact of the   Israeli efforts to separate Occupied East Jerusalem, Palestine’s capital, from the rest of the Occupied State of Palestine.

In particular, this village has been affected by a closure of the village from its traditional center - Jerusalem. These closures are effected in part by the Israeli military checkpoints and the Israeli Wall, but primarily by the network of settlements and by-pass roads that have steadily enclosed Palestinian areas.

Qalandia, Israeli settlements and the separation from Jerusalem.

In order to close the northern villages to Jerusalem, Israel has bolstered its control over the Qalandia village area, including Qalandia Airport, by flanking it with two military sites:  the Ofra Military site and detention center near Betunia and another military site near Al Ram village- Rama Military site.  Additionally Israeli settler-bypass roads provided three access roads that connect the northern Jerusalem settlements, while dividing Palestinian contiguity in the area.

On the north-west of occupied East Jerusalem lies the Givon settlements.  The Givon settlements, including Israel’s Annexation Wall, cover an area of some 27 square kilometers with a population of 21,500 Israeli settlers, stretching from Beit Horon in the north to Ramot and Har Hadar in the south and considered by the Isaeli Government as an integral feature linking Jerusalem with Tel Aviv.  Givon settlements have grown steadily over the years mainly the Giv’at Zeev settlement were 381 units are currently under construction.

Territorially, the Givon settlements divides Palestinian localities in the Jerusalem hinterland, including Al Jib from Biddu.  The Givon settlements also limit the expansion of these Palestinian localities in the area, depriving them both of their prospective habitation and agricultural areas.  Economically, the Givon settlements provide a territorial link with Qalandia Airport and Atarot Industrial area, just south of Qalandia village.  This site lies on the outskirts of Jerusalem at the junction of Route #45 and is a critical prospective site for future Palestinian economic development and trade. One of the most important Israeli interests in the area is the further development of settlement businesses.

Hisham Hussein: His home was demolished after 25 years of work.

Hisham Abdel Ghani Hussein, 42 years old, is a father of six children, the youngest is 7 while the oldest is 20 years old. Hisham, a plumber holding a Jerusalem ID card has been living all his life in a rented house in Qalandia refugee camp. In 2013, Hisham decided to start building his own home in Qalandia village to avoid the expensive rental costs and guarantee a better future for his children. However, on July 25th at about 10:00 pm, Israeli occupation forces raided the village and demolished 12 homes (among other structures) including Hussein’s family home to which he had moved just two days before the demolition took place.

The Israeli occupation forces surrounded the house and gave the family 10 minutes to evacuate it, then started firing sound and tear gas bombs causing a state of panic and horror among the children. Hisham explains that they were not allowed to move out their furniture and other personal belongings in such limited time.

According to Hisham Hussein “They have demolished our house in front of our eyes. I’ve been investing 25 years of work to build it stone by stone and I still have debts to pay on my demolished home for over three years”.

“I urge the Arab countries and the International community to swiftly intervene to stop the Israeli forcible transfer and ethnic cleansing of our people”.

Israeli plans in the area include settlement expansion, strengthening of settlement businesses and separation of Palestinian communities. The demolitions that took place in Qalandia should be understood within that context.

Israel has used a variety of excuses in order to justify its policy of home demolitions including: “lack of permits”, an argument used in order to prevent Palestinian natural growth in areas such as East Jerusalem or the Jordan Valley among others, to punitive measures and collective punishment against people under occupation.

The Fourth Geneva Convention and the Hague Regulations state that Israel, as the belligerent occupying force, is prohibited from destroying civilian and state property of the population they occupy, and must ensure the protection of the civilian population. Demolishing Palestinian homes is a grave violation of International Humanitarian Law.

The international community hasn’t assumed its responsibility. It has not taken significant action in order to protect the Palestinian people under Israeli occupation or action to fulfil the Palestinian’s right to self-determination. Rather, Israel’s culture of impunity continues to be encouraged while the humanitarian and political situation on the ground continues to worsen. 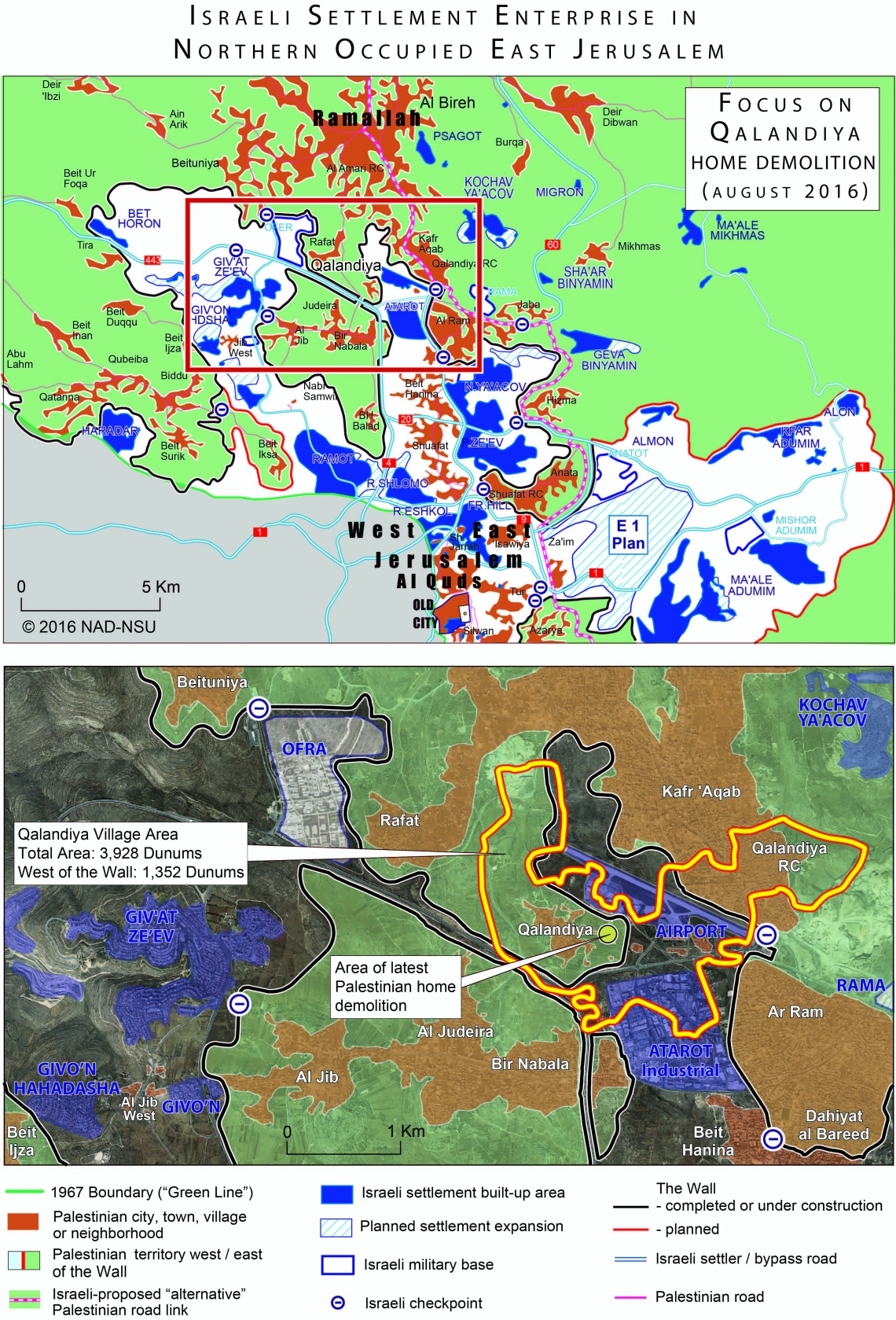