Israeli Settlement Announcements Since the Resumption of Negotiations

Israeli Settlement Announcements Since the Resumption of Negotiations 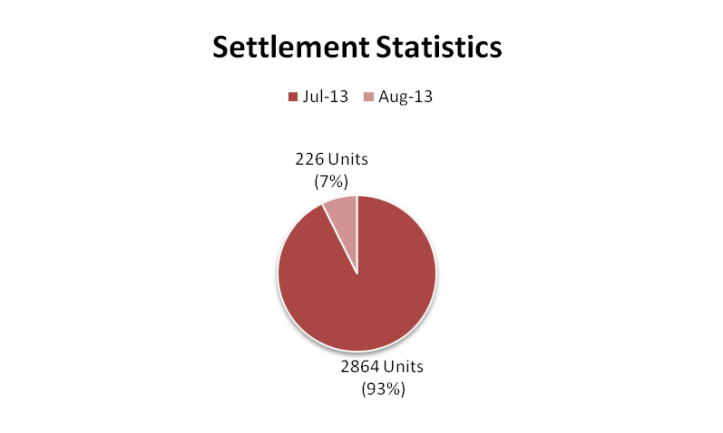 “I am sending the message from here to all the parties in the negotiations: The land of Israel belongs to the nation of Israel.” 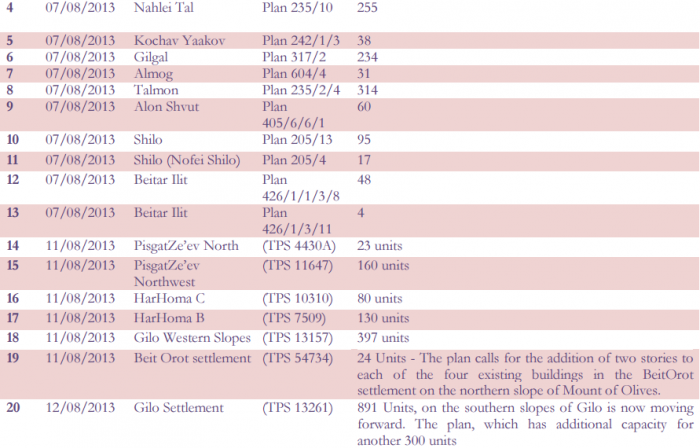 There is no difference between “settlement blocs” and other settlements: All are illegal.

Israel has created the term “settlement blocs” to attempt to legitimize construction in areas which it assumes would remain under Israeli control if a final status agreement is achieved. On the ground, a “settlement bloc” refers to a fixed area that is unilaterally defined by Israel and which is not limited to areas where construction has taken place. In actual terms, the blocs annex all illegal Israeli colonial settlements in that fixed area, including all land between them, thus maximizing the land available for illegal Israeli colonial settlement expansion. This is a deliberate attempt to colonize  more land, and to thwart the emergence of a genuinely independent, sovereign, and contiguous Palestinian state, making a negotiated outcome implausible, if not impossible.

The legal status of East Jerusalem is the same as the rest of the Occupied State of Palestine. The fact that Israel has attempted to unilaterally change the status of Jerusalem has been rejected by the international community through UNSC Resolutions 476 and 478 among others. This is the view of the United Nations, the International Court of Justice, the International Committee for the Red Cross, and virtually all states except Israel. These settlements constitute war crimes under the Rome Statute of the International Criminal Court (1998).

A failure to describe these settlements in their accurate political context deprives audiences of  the opportunity to understand a principal source of the Palestinian-Israeli issue: Israel’s illegal confiscation and colonization of Palestinian land. They are built in violation of customary international law on land confiscated from Palestinian villagers who  are prevented from accessing, cultivating or living on their ancestral lands.

"For Peace to Prevail, Israel's Impunity Must End"