For 15 years, the occupying Power, Israel, has been besieging the 365km2 Gaza Strip (GS) by land, sea, and air, turning it into a mass prison for over two million Palestinians whose living conditions continue to deteriorate. With no access to the outside world, shelter, or safety amidst repeated Israeli aggressions, Gazans are also blocked from accessing healthcare and living a normal life. Over the years, the Israeli occupation authorities have consolidated the policy of separating the GS from the West Bank, which was clearly stated in 2007 by then Israel’s Strategic Affairs Minister Avigdor Lieberman:  "Israel will start regarding Gaza and the West Bank as two separate entities - the Palestinian Authority jurisdiction will cover the West Bank alone, Gaza will be regarded a hostile, independent political entity - Hamastan."

The GS, known as one of the world’s most densely populated areas, has been devastated by the blockade. Israel has mainly been enforcing restrictions on the entry of fuel, goods, and people to and from the GS and even determined that Gazans, on average, require 2,279 calories a day to survive the blockade. The vast majority of families are unable to meet and reunite, students cannot attend West Bank universities, and academics, medical staff, and experts in different fields are forbidden from interacting and exchanging information.

The GS  also suffers from a lack of minimum electricity for its residents and polluted drinking water due to the failure to treat wastewater. With symptoms of deprivation and economic collapse clearly worsening by the day, local and international reports describe Gaza as unlivable. As explained by Human Rights Watch, the blockade “forms part of Israeli authorities’ crimes against humanity of apartheid and persecution against millions of Palestinians.” According to UNRWA, “Today, 81.5 per cent of individual in Gaza, 71 per cent of whom are Palestine refugees, live below the national poverty line. Sixty-four percent are food insecure. The unemployment rate in 2021 stood at 47 per cent, with the overall youth unemployment rate at 64 per cent.”

This brief highlights the latest Israeli aggression on the GS and the most heinous crimes committed within 56 hours between 5 -7 August 2022, killing at least 49 Palestinians1, including 17 children, and injuring at least 300 others.

A recent report, titled "15 Years Too Long", issued by Al Mezan Center for Human Rights last June, stated: "Between 14 June 2007 and 14 June 2022, Israeli military attacks have killed 5,418 Palestinians, 23% of whom are children and 9% women, and injured thousands of others; destroyed 3,118 commercial facilities, 557 factories, 2,237 vehicles, and 2,755 public facilities; destroyed 12,631 residential units and partially damaged 41,780 others. In addition, Israeli authorities have tightened restrictions on the entry of construction materials into the Gaza Strip, thus preventing Palestinians from rebuilding their destroyed homes."

Since its “disengagement” from the GS, whereby the blockade and a suffocating siege have replaced the colonial- settlement project, Israel has carried out several military attacks against the entire civilian population in the GS, including the following MAIN ASSAULTS:

Many Palestinians remain displaced and construction efforts are still underway to repair houses damaged by previous Israeli aggressions on the GS. Thousands more have yet to be rebuilt.

ISRAELI VIOLATIONS BEFORE ITS AGGRESSION ON THE GAZA STRIP

On 1 August 2022, the Israeli occupation authorities raided Jenin refugee camp to arrest a leader in the Palestinian faction Islamic Jihad, Bassam Al-Saadi, and his son-in-law Ashraf Al-Jada, and killed 17-year-old Dirar Al-Kafrini. Since then and until the morning of Friday, 5 August, the Israeli occupation forces carried out nearly 400 violations against our people in occupied Palestine, including nearly 120 military raids into Palestinian towns, villages, and refugee camps in the occupied West Bank.

In a report issued by Gaza Civil Defense, it said that during Israel’s aggression on the GS, the directorate dealt with 138 missions, including 71 fire incidents, 18 rescue operations, and 49 ambulance operations. There were 61 missions and incidents in the North Governorate, which had the most tasks, 45 in the Gaza Governorate, 13 in the Central Governorate (Deir Al-Balah), 9 in Khan Yunis Governorate, and 10  incidents in Rafah Governorate.

The following are the names of the Palestinian martyrs killed during this aggression:

In over 30 consecutive air raids and a number of artillery shells, the Israeli war machine hit several targets in the governorates of North Gaza, Gaza, the Central Governorate, Khan Yunis, and Rafah, killing 10 Palestinians and injuring over 70 others, including 23 children and 13 women. 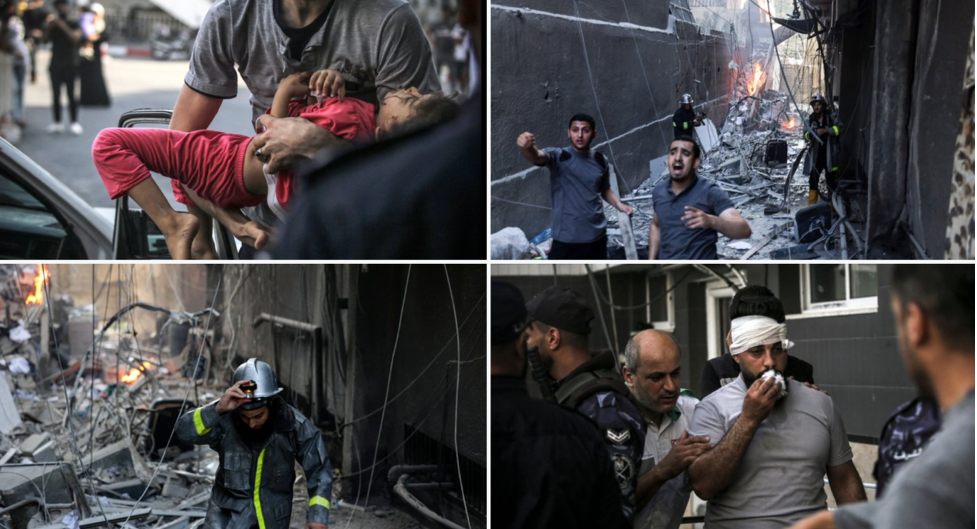 In 65 consecutive Israeli air raids that hit several targets, including 13 homes and  4 vehicles, 20 Palestinians, including 5 children and 3 women, were killed in the governorates of North Gaza, Gaza, Khan Yunis, and Rafah. At least 130 other Palestinians were wounded. 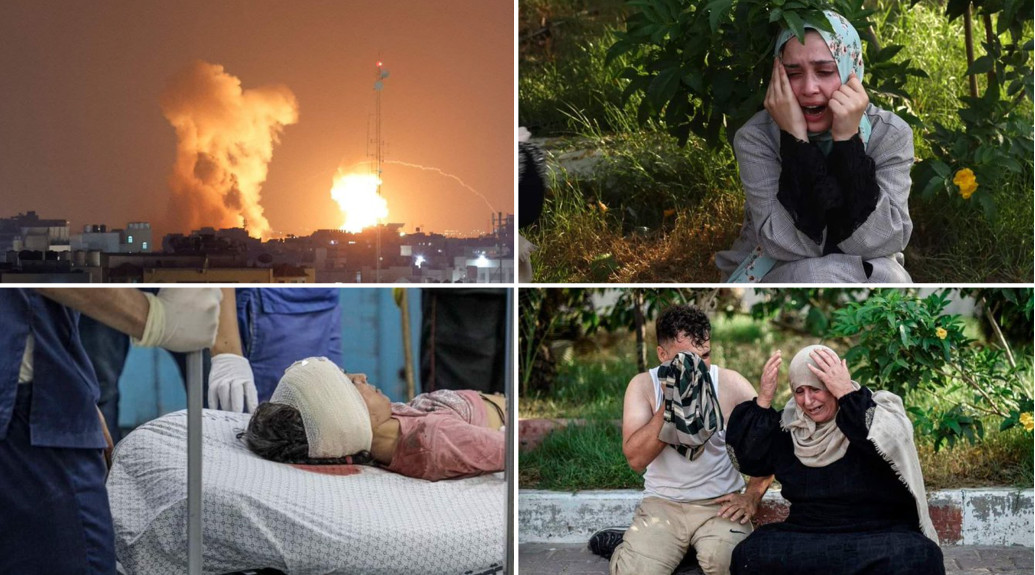 In 48 consecutive Israeli air raids that hit several targets, including 3 homes, 15 Palestinians, including 8 children, were killed in the governorates of North Gaza, Gaza, the Central Governorate, Khan Yunis, and Rafah. At least 140 other Palestinians were wounded. 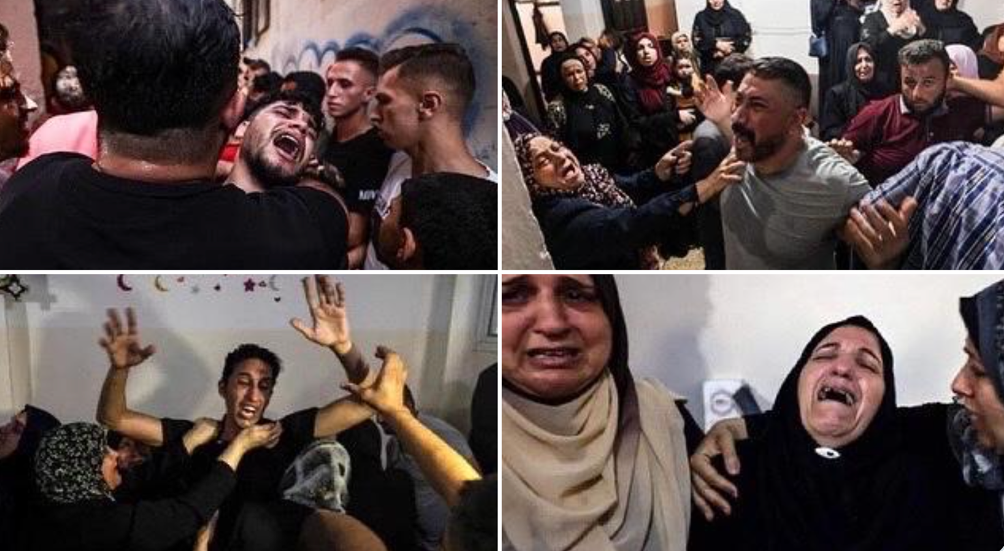 The international community is not only failing to protect our people while Israel continues to occupy, bomb, and imprison the GS but also turning a blind eye to the unspeakable violations of Palestinian rights throughout occupied Palestine. Even more, several countries continue to support Israel's "right" to defend its occupation of Palestine and the oppression of Palestinians, which is the exact interpretation of what they call “Israel's right to defend itself."

Israeli Official Incitement: May 2022
June 13, 2022
Israeli Incitement Reports
The Fascist March and the Celebration of Occupation and Oppression of the People of Palestine
June 07, 2022
Media Briefs
Five Years Since UNSC Resolution 2334
December 20, 2021
Media Briefs
Back to top