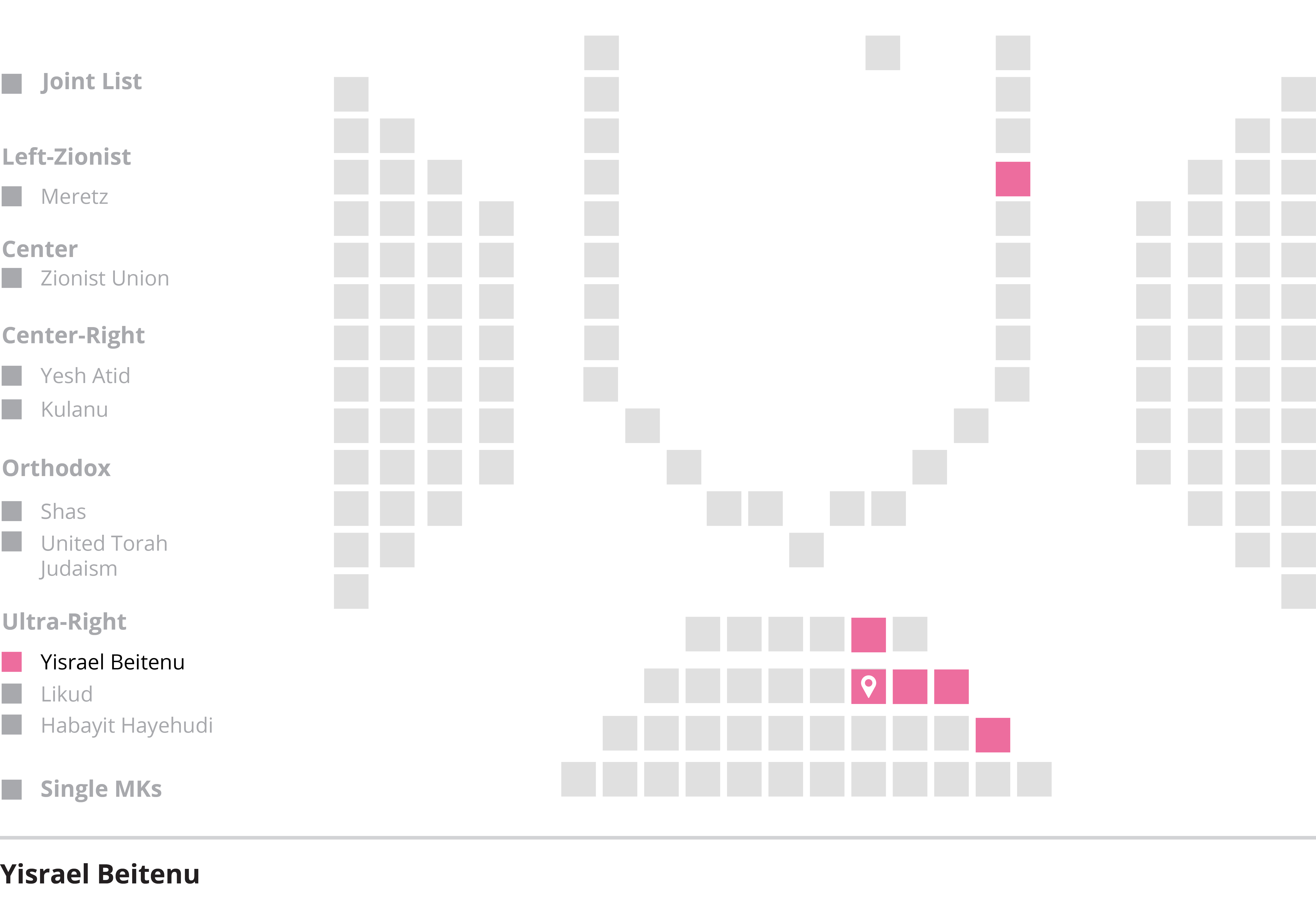 "Khan Al-Ahmar will be evacuated. Congratulations to the judges of the High Court of Justice for making this bold and necessary decision while Abu Mazen, the Israeli left as well as some European countries are waging an orchestrated hypocritical campaign. No one is above the law, we won’t allow anyone to harm our sovereignty and responsibility as a state.” - Twitter, 5 September 2018

“The speech of Abu Mazen is all about saying “No No”. It was the stock of all insults and disappointments since the day he was born. Instead of responding positively to the Israeli and American offers to achieve an agreement, he is concerned of closing the accounts and drag the region into conflict. We will stand firmly against any attempt to harm the lives of our citizens and will make those responsible pay the price.” - Twitter, 27 September 2018

“I decided to immediately suspend the appointment of the Advisory Committee to examine the imposition of imprisonment on terrorists. I am about to discuss this issue thoroughly with the Israeli army, the prosecutor as well as the security services. We won’t allow the bastard terrorists to dream about shortening their sentences.” - Twitter, 16 September 2018

“You are still asking why Um Al-Fahem must be part of Palestine and not Israel? What we have seen yesterday of tens of youth participating in the funeral of the terrorist with Palestinian flags and chanting ‘with our souls and blood we will redeem you martyr’, is enough to answer your question, the plan that I have proposed some years ago, the land and population swap , is now more appropriate than ever.” - Facebook, 21 August 2018

“Whoever thinks improving the civilian and economic situation in Gaza will halt the terror kites and the violence, is simply wrong. Enough with all sorts of illusions and delusions that improving the economy will end terror.” – Times of Israel , 10 June 2018

“We promised to promote construction in Judea and Samaria [occupied West Bank], and we are fulfilling. The 2,500 new housing units that we will approve next week in the planning council are for immediate construction in 2018.” – Arutz 7, 24 May 2018

“I have instructed the heads of the Defense Ministry to assist the family and the residents of Havat Gilad. I have also ordered an examination of the possibility of legalizing Havat Gilad and making it a community among the other settlements in Judea and Samaria [Occupied West Bank].” – Arutz 7, 14 January 2018

"We will not agree to the return of a single [Palestinian] refugee to within the '67 borders. There will never be another Prime Minister who makes propositions to Palestinians like Ehud Olmert did.” – Arutz 7, 22 June 2017

“We started today the second step of legislating a law that prevents shortening prison sentences for terrorists…so that we won’t witness the early release of any terrorist.” - Twitter, 5 November 2018

Against Joint List MK Haneen Zoabi: “It is funny that some people think that you are not a terrorist. As you refused to call the killers of Gilad and….as terrorists, you also give support to terrorists in Gaza, whoever supports terrorists….is a terrorist, I do not understand how there are members in the coalition who did not sign the letter of your dismissal.” - Twitter, 29 October 2018

“The dog who killed for a nationalistic reason, and who does not regret that, it seems he is simply awaiting the shortening of his sentence by one third. If the halter was dangling over him, and if he was unable to have his sentence shortened by one third, his friends would have been deterred. I call upon my colleagues in the coalition – to put aside your political considerations and support the death penalty for terrorists, and cancel the possibility of shortening their sentences by one third.” - Twitter, 23 October 2018

Against Joint List MKs meeting with the Secretary General of Arab League in Cairo: “Both Arafat’s advisor and the terrorist who was jailed seem smiling, they receive a salary from the State of Israel just to work against it. They spit in the face of the state and the law enforcement system is not stopping this farce. I had already turned to the General Attorney to open an investigation and in the meantime they allow themselves to cross another red line. It is better that they remain in Cairo.” - Twitter, 11 September 2018

“[Tibi] has the support of the left, and while the state Israel pays him salary, he is working to negate its existence while the PLO flag flapping behind his back. Who raises this flag, supports a struggle against Israel and this cannot be a member of the Knesset. Therefore, Ahmad go and raise the flag in Gaza and give up your citizenship to which you belong here, and I am certain that you will enjoy yourself there.” - Twitter, 11 August 2018

“This is our right to be here. This is the national home for us. There is no other national home. The national home of the Jewish people. And we need to continue and talk about it and talk about it, and not let the Palestinians or the Arabs or any other enemy take us from our root. If they want to continue on, if they want to negotiate, if they want to sit at the table with us, this is the condition. If they don't want [that], we can continue and fight with them another one hundred years. We're not afraid of it. They need to become tired of fighting us, and not the opposite.” – Middle East Forum, 09 July 2017

“The Palestinians still believe they can destroy the Zionist idea. They speak of two Palestinian states, and another state that will later become Palestinian. Fifty years after that victory, we must demand that they recognize this victory. The State of Israel is the home of the Jewish People. The international community must realize that moving the embassies to Jerusalem will lead to a [peace agreement], because that would wipe out any thoughts of destroying the State of Israel.” – Knesset , 07 June 2017

On ‘death penalty bill’ against Palestinians: Contrary to the claims of those who oppose the death penalty for terrorists, we see that in the most enlightened countries, such as the US and Japan, the death penalty is an effective weapon against terror.We hope that the National Security Council will keep its promise and that the discussion in another month, so that the legislation process can advance.” – Arutz 7, 09 July 2018

"We will no longer allow the absurd [situation] in which terrorists and those who aid terrorism carry blue [Israeli] ID cards and enjoy the rights and benefits of citizens, while acting to annihilate us." – JNS, 19 June 2017